Nov 21, 2013
Concussion, or traumatic brain injury is common among contact sports participants. Concussion has been defined as a condition in which there is a traumatically induced alteration in mental status, with or without an associated loss of consciousness. 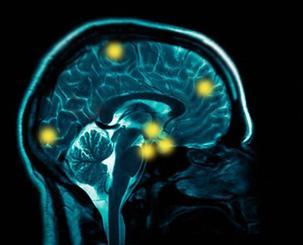 Multiple areas of the brain are involved in TBI and concussion.

Concussion, or traumatic brain injury is common among contact sports participants. Concussion has been defined as a condition in which there is a traumatically induced alteration in mental status, with or without an associated loss of consciousness. In reviewing the scope of symptoms of actual concussion patients, further specificity can be discussed. Dizziness or vertigo is an erroneous perception of self motion or perception of environmental motion and of gravitational orientation. Most patients who have suffered a concussion experience this phenomena of symptomatology. Typically this perception is created through a mismatch between the vestibular, visual and proprioceptive, (sensation of the earth under your feet), systems. Because of the overlap of these systems, they each tend to compensate for deficiencies of the others by design. This is why when the lights suddenly go out, or you suddenly step onto a soft spongy surface such as wet sod from a hard surface such as concrete, the normal brain can quickly compensate by changing between these three systems to prevent falling. TBI does not produce a specific disease entity, rather, it causes a syndrome of mismatches of the stabilizing systems described above, in addition to headache and other symptoms. There is no evidence that medication improves recovery after concussion. Further, research has found that overuse of analgesics following injury may exacerbate concussion-related headaches or make them chronic. The most common treatment recommendations for concussion are rest. But this too has not met with satisfactory results as concussion symptoms commonly continue or worsen. An athlete who has a history of one or more concussions is at greater risk for being diagnosed with another concussion. The first ten days following a concussion appear to be the greatest risk for being diagnosed with another concussion. Second concussions are bad for several reasons. The brain has not yet recovered from the first concussion, so the damage becomes cumulative. Second impact syndromes are often the cause of fatalities in concussions, sports related, (adolescent and pro), or other causes. Although rest initially following a concussion is often advisable, it is not solely the best treatment for concussions. Our office uses the most contemporary and proactive treatment methods in the management of concussion brain injuries. We do this by directly affecting the aforementioned systems of balance for as long as these systems continue to be mismatched, there can be no recovery, and as long as these systems remain mismatched, they will perseverate the other concomitant symptoms associated with concussion and traumatic brain injury. More information on traumatic brain injury and treatment can be found on my website at www.dcneuro.net.